With influencer-driven marketing campaigns at the helm of consumer strategies, the hype around brands like McDonald’s who collaborated with K-pop band BTS is justified by how it achieved stellar online traffic organically which brought the brand to prominence within a short period of time.

Consumers on social media have a tendency to post about new trends that have discovered or experienced online, as there is a gratifying feeling to express how they feel about a product or service, or simply have an opinion. For brands, resonating with the right community is as good as leaving them to handle your marketing with every individual promotion helping to populate your brand’s campaign further.

We bring to you the latest list of most-discussed consumer brands in the second quarter (Q2) of 2021, with our previous quarter’s brand ranking in mind to help us keep watch of the brands that are continuing to make great strides amid the new normal.

Upsizing the Food and Beverage Industry

With food options having been considerably limited to mostly takeaway, delivery, and home cooking, consumer buzz around food brands has been anything but novel in the wake of Covid-19. Trust in food preparation is one of the topmost priorities since the risk of spreading the disease has led food brands to tighten down on operations and quality control, without excessive spending on advertising to keep the bottom line in check.

The fast-food label jumped to the top 10 of the rankings in Q2 by 34 places, chiefly for its marketing campaign in collaboration with K-pop band BTS. McDonald’s social mentions skyrocketed following the day of the announcement of the BTS-themed meal, as the campaign proceeded with a “global tour” stopping by almost 50 countries, including Indonesia, Malaysia, Singapore, and the Philippines from May through June. 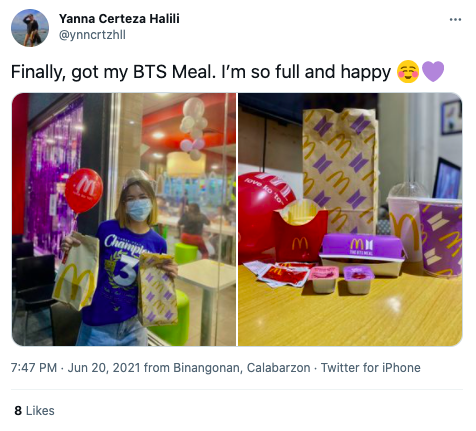 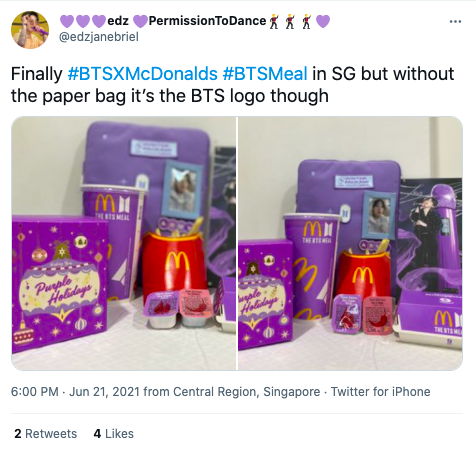 While such a global campaign might be expected to cost a fortune on the marketing budget, in reality, much of the fanfare was propelled by organic promotion due to the status of the celebrities involved.

You may be questioning why this interest would also affect ordinary consumers who aren’t fans of BTS, but the hype around the campaign has a likelihood of spilling over to those who may genuinely be interested in discovering the novelty behind the specially-packaged meal. Demand for McDonald’s even forced a number of branches in Indonesia to close due to the volume of orders.

Other food and beverage brands may want to leverage a similar model to McDonald’s, especially as local economies look to reopen their doors to more dine-in operations. While identifying a celebrity-influencer who is resonant with a majority of consumers may be easier said than done, the opportunity of partnering with another brand could open doors to enhance greater brand visibility and increase sales beyond the usual consumer segment

Louis Vuitton is also no stranger to featuring mega-celebrities donning their pieces, oftentimes in an overly glamorous shoot. Similarly for McDonald’s, the French fashion house was found riding on the BTS bandwagon, allowing them to amass significant social buzz within a relatively short frame of time, putting them within the top 20 rankings by an upturn of 32 spots. 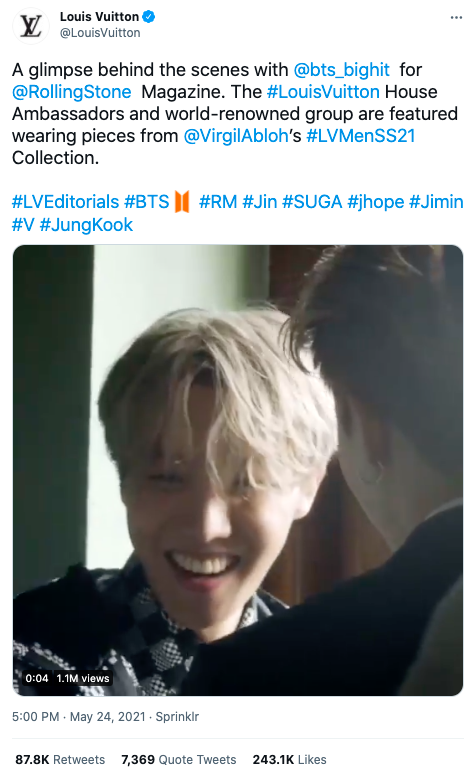 This fan economy is incrementally seen in China, where there has been a fixation among hordes of Chinese consumers to own luxury goods, especially with 2021 proving to be a decisive year for businesses. Chinese consumers have largely taken to luxury brands where “extravagant displays of luxury excess, like prominent logos, are valued” - this is remarkably observed as the general trend in the country as LVMH’s revenues reached nearly $17 billion, with organic revenue growth increased by 30% over the same period last year.

Fans are known to go diving head-first when it comes to supporting their artists, spending any money necessary to get their hands on the merchandise the first chance they get. Within social media marketing, the fan economy is more ubiquitous than ever, as consumer engagement begins as soon as an online account is established.

When word gets out that a brand has partnered with a big-time celebrity-influencer, the effort to promote a campaign is overshadowed by the power of fans, leaving marketers with little to do but track their campaigns from the back seat.

Stay-home Entertainment Continue to Keep Consumers’ Peeled to Their Devices

The audio-streaming giant has the potential to contend for top places for years and years to come, and it does not look like it’ll relinquish its dominance in the foreseeable future, with or without Covid-19 in the backdrop. In fact, the effects of staying home during Covid-19 have spurred audio consumption even more. Where else better to play your favorite earworms with undisrupted concern and complete fidelity than the confines of your four home walls?

However, the growth reported by Spotify has less to do with music but rather helped by further investment in the podcasting domain – with the rise of podcast listenership up to 41% penetration, a four percent increase from the whole of 2020. This puts Spotify within reach of Apple Podcasts on popularity among podcast listeners. Anchoring The Joe Rogan Experience down exclusively further cemented Spotify’s standings, with the comedian boasting 109.5K monthly listeners and continues to draw users to the audio platform.

Live audio may be the next best thing to bet on since the advent of Clubhouse, which pioneered the technology to the masses. While other social app competitors like Facebook and Twitter are following suit with their own iterations with Live Audio Rooms and Spaces respectively, the undisputed king of online audio has also smelled – or rather, heard – blood. Spotify had quietly revealed Greenroom just last June but has yet to make a full announcement around it, possibly exploring its potential with its existing users organically. Among all the other brands dabbling with live audio, Spotify may arguably have the best capacity for widespread adoption, and could even soon integrate it into their own app natively – giving consumers more reasons to stay hooked to the brand.

As the global leader of over-the-top (OTT) video-streaming services, Netflix has been synonymous with at-home entertainment for a long while now, even before consumers were blighted by the pandemic. With the video-streaming arena now heavily mixed with other brands like Amazon, Disney, and HBO, Netflix is beginning to see its market share chipping away as it loses its user subscriptions to other competitors who have their own wealth of content available.

What Netflix does well, irrespective of its current dominance in the market is how it anticipated subscriber numbers dropping off early on by expanding its library with Original content – hoping that some of these original programs will be successful enough to convince existing consumers to lock in their subscription. Globally, Netflix accounted for about 50% of the original series people wanted to watch online in the first quarter of 2021 – this strategy continues to hold true for what it’s worth as this industry is ultimately a game of who holds the best content that gets consumers excited about (I know for sure who’s taking my money – here’s looking at Amazon and their upcoming billion-dollar Lord of the Ring series 👀 ).

Sign up for our newsletter below to be the first to receive updates on Q3’s most discussed APAC consumer brands!

Popular brands have begun to prospect the possibility of consumers returning outside in increasing levels – integrating more out-of-office (OOH) marketing strategies to permeate top-of-mind awareness when the opportunity beckons.

The hope that consumers have about getting anywhere back to a level of pre-covid normalcy has since faded with new, even more, transmissible Covid-19 strains seemingly popping up right, left, and center. In spite of this, the majority of consumers remain resilient in coping with the virus, by making the most of their local government’s social distancing measures.

More often than not, marketers are expected to run large-scale social media campaigns to gain convincing numbers on vanity metrics, such as views and likes, but these KPIs fall short if they don’t translate to actual returns on investment.

While including a Share of Voice (SoV) KPI into your campaign performance does not necessarily mean your brand is returning value to your bottom line, it does show whether people are interested in your brand online, especially when compared against your competitors’ SoV.

With a social listening tool like Digimind Social, digital and brand marketers are able to continually assess consumer conversations online about specific topics, like your brand’s ongoing media campaign, and identify the right strategy to take your brand visibility to the next level.

Jared is a member of the APAC marketing team at Digimind. Besides hashing insights into content, he loves a good ol' sit-down of board gaming and film rhetoric. Catch him diving in other shenanigans on Instagram @jarrds