It’s that time of year again! Digimind digs deep into the data from last year’s fourth quarter and this year’s first quarter to bring you a breakdown of some of the most illuminating highlights that we found surrounding the Food & Beverage industry within the North American market.

🍫 Mars™ was the most-discussed brand in Q4 2020, a not too surprising fact considering how American’s were locked up in their homes with their pets, quite anxious and ready to placate their appetites - and their social media feeds - with lots and lots of sugary confectionary treats, and probably a lot of pet food as well for good measure!

🥤 PepsiCo™, the second-most discussed F&B brand online during the fourth quarter of 2020, and everyone’s favorite second fiddle to Coca Cola™, managed to take the conversation reigns from Coke and never give them back! Having gone from second, then to first for Q1 2021, it must be something in the water, err… umm, the soda, since the company saw a huge upsurge in both retail and fast food profit margins during the height of COVID-19.

🍺 Molson Coors™, the alcohol and spirits corporation, came in third place for the most-discussed F&B brands during Q4 2020. No surprise here really, with conglomerate ownership of such flagship drinking brands like Miller Lite™ and Coors™, if anyone on the web even started the conversation about their growing obsession of both mild and extreme drinking behavior, you could bet it would involves a beer or spirit owned by MC.

🐮 Saputo™, as the fourth-most discussed F&B brand from the fourth quarter of 2020, managed to keep dairy in the digital conversations. As owners of the main ingredient for foodie favorites like cheese and cream products, it’s not such a big surprise to find that people really took a liking - or at the very least, an interest - in what Saputo™ had to bring to the table, literally.

🍪 Mondelez International™, a snack titan among munchers of chips and condiments like Kraft™ and Heinz™, claims the firth-most discussed brand online in Q4 2020, and most likely due to a large corporate deal being closed all the way back in April of 2020 for a majority interest in the company Perfect Snacks™, makers of Perfect Bar™.

Some Takeaways From a Crazy Quarter

All-in-all, the food and beverage industry saw strong growth (in both sales and online presence) for a few key commodities markets, such as comfort foods/snack foods, alcoholic beverages, soda, and cereals. Though it’s easy to forget - as the end of last year could very well be perceived as yesterday with the COVID-19 pandemic still happening - stay-at-home living behaviors were still at a high peak, with everyone simply trying to sate both their appetites and nerves as a tense political fight was brewing in November, and cases were still skyrocketing in many parts of the country. Which leads us into this year and the last quarter… 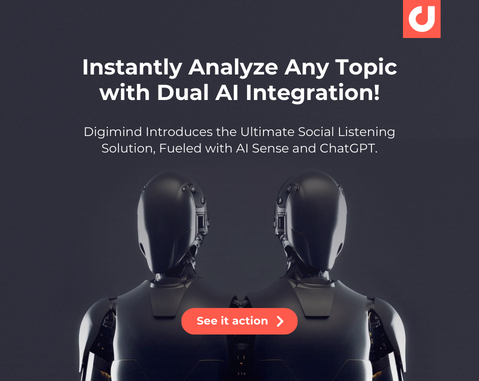 🥤 People were clearly thirsty after so much talk over COVID-19, with PepsiCo™ being the most-discussed brand in the first quarter of 2021!

🔴 Coca Cola™, as the second-most discussed brand during the first quarter of 2021, must’ve also peaked with people as a common staple of many diets in North America, as well as a comforting balm for what was truly a stressful time for everyone.

🍫 Mars™, managing to also sweeten the deal as the third-most discussed brands in the first quarter of 2021, seemed to have kept itself on everyone’s minds as the third-most discussed food brand from last year’s fourth quarter. As snacking and sweet tooth-indulging had become a hallmark of this pandemic, so too had Mars™ product lineup of chocolate bars and candies stayed relevant on social media.

🍿 Mondelez™ took the fourth-most discussed spot on this list for Q1 2021, a pretty easy given considering their main line of products involves confectionaries, snacks, and beverages. Sugar, salt, and everything nice.

🥛 Got milk? Well in Q1 2021, many many people did, especially on the mind, as well as other dairy-based products, clearly based on the fact that Saputo™, known for its dairy product lineup was the fifth-most discussed brand during the COVID-19 pandemic.

More Takeaways From The Last Quarter

The Food and Beverage industry has been both given a gift and a curse during this pandemic… perhaps even these two things are but one and the same. With COVID-19 opening the eyes of large numbers of consumers to the failings of certain supply chains of our most beloved processed food companies, while at the same time pushing people to focus more and more on what we eat, F&B brands are now highly scrutinized and simultaneously revered for their dependability when we need them the most. Transparency for beef, pork, and poultry has made us more and more health-conscious during the pandemic, and the virus has made us more hyper-aware about what goes in our bodies and our overall health, and yet when some fried shrimp tails (and possibly even rat poops) wind up in somebody's bowl of Cinnamon Toast Crunch™, it doesn’t turn all of social media against General Mills™ nor destroy their bottom line. For better or worse, the world of food brands will always stick with us, and we’ll be covering all the delicious tidbits in our upcoming Industry Report regarding the Food & Beverage industry during the last two quarters of this ongoing (yes, it’s still going on!) pandemic. Stay tuned folks!