Know Your Millennials: Optimizing Your Consumer Intelligence Efforts For The New Age of Marketing

❤️ “Young people need to be asked what matters to them, not told what matters.” - Jeff Martin, CEO of Tribal Brands Inc.❤️

💩 The Future Is Here & Millennials Have A Voice

You may have heard the term thrown around a lot, “Millennial(s)”, especially when used in the context of anyone aged roughly between the years of 1986-1996. It’s a loose encompassing of men and women who’re part of a generation that grew up with certain societal-technological innovations and comforts, like modern entertainment devices, smart phones, and most importantly, the internet (and all that comes with it, e.g. social media, free and available distribution of information, e-commerce, etc.). But when it comes to brands, and their relationship with these - now mostly - young adults who’re either seeking higher education, or pursuing careers with which to gain disposable income, there seems to be an unfortunate disconnect that’s limiting their potential optimized engagement and relationship building.

As we move further and further into a world more reliant on digital communication and connections, appealing to and finding ways to empathize with the hopes, aspirations, desires, fears, problems and strongest trends of the millennial generation will be key for all companies moving forward. Yes. EVERY BRAND must make some considerations for this group of young adults and professionals, if not for their future bottom line, then at least out of respect for those that’ve been dubbed the “Me” generation. And doing so involves creative ways of utilizing Consumer Intelligence in order to glean the most about this uniquely bankable segment.

So if you belong to Generation Z or younger, then you’ll need to wait for your turn for your own piece about marketing to kids, but if you belong to Generation X and older, than you need to listen up and hear what we have to say about marketing if you wish to claim the future of today, and set up a loyal target audience that your business can LOL with for years to come.

😺 The Kids Are Alright (For Brands To Focus On)

So who are these kids? I’m sorry, they prefer to be referred to as “Gen Ys”. Well, Generation Ys are not just one solid block of consumers that all fit within a codified segment of people. They, like any other generational demographic are composed of various separate units - many of which can be researched with Consumer Intelligence data - that include descriptors, such as:

What’s most important to understand when trying to process and gather data on Millennials, is that above all other generations, Gen Ys are not easily labeled when it comes to their monicker as the “Me” generation. In fact, according to some reporting, Gen Ys are the most charitable and most caring (when it comes to issues facing the world). This means that although not entirely uniform, Millennials can be generally seen as the most actively involved, and this bit of understanding should resonate quite loudly with brands, especially those that wish to take advantage of what matters most to them. 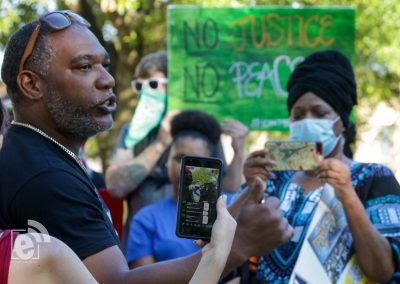 Black Lives Matter protests were both an on-the-streets movement, and a digital movement to spread the message of police accountability with Black Americans in America. Though the protests were composed of people across the age spectrum, a good portion of those were made up of Millennials.

When it comes to conducting an effective Consumer Intelligence effort for these various segmented groups within Gen Ys, always try curating your research to include keywords that resonate strongly with these young men and women. This is not to say that you need to pollute each search with certain subjects or topics that’ll draw away from a finding more truthful to your brand’s product or services, but be aware that, on the whole, issues relating to egalitarian, equitable, and fair/free trends will almost always deliver comprehensive insights that more wholly reflect what’s considered to be the “happening” or “latest” thing going on on social media. And speaking of which…

Of course, for the generation that grew up with the first modern desktop PC and Mac computers, as well as Email and instant messaging, it’s easy to see how Millennials would be the most receptive to the allures of Social Media. And while it’s not exactly true that Gen Ys are the most partial to, and most benefited group when it comes to social media platforms, like Facebook, Twitter, and Instagram (that title goes to Gen Zs), they’re certainly quite active on those sites, and to be aware of this fact is crucial going forward for all companies. Coined by digital scholar, Marc Prensky as “Digital Natives, ” Millennials are dependent on their devices (like all generations) due to the reliance there is in the modern day for access to crucial services, like banking, job networking, and yes, socializing with friends and family.

This has deepened so strongly with Gen Ys that they, more so than their fore-bearers, pursue entertainment access solely through a device instead of television via cable. When trying to glean important information off of this tech-focused generation, it’s necessary to better position your consumer intelligence efforts through a combination of social media monitoring analysis, and a concerted research effort on the actual post messaging found from Tweets and shared stories. The former method of social media monitoring is key to understanding which, out of your brand’s current user base, is most focused on which social media platforms, and the latter is vital to garner the actual preferences and feelings that are being shared by all the young adults included in your search. 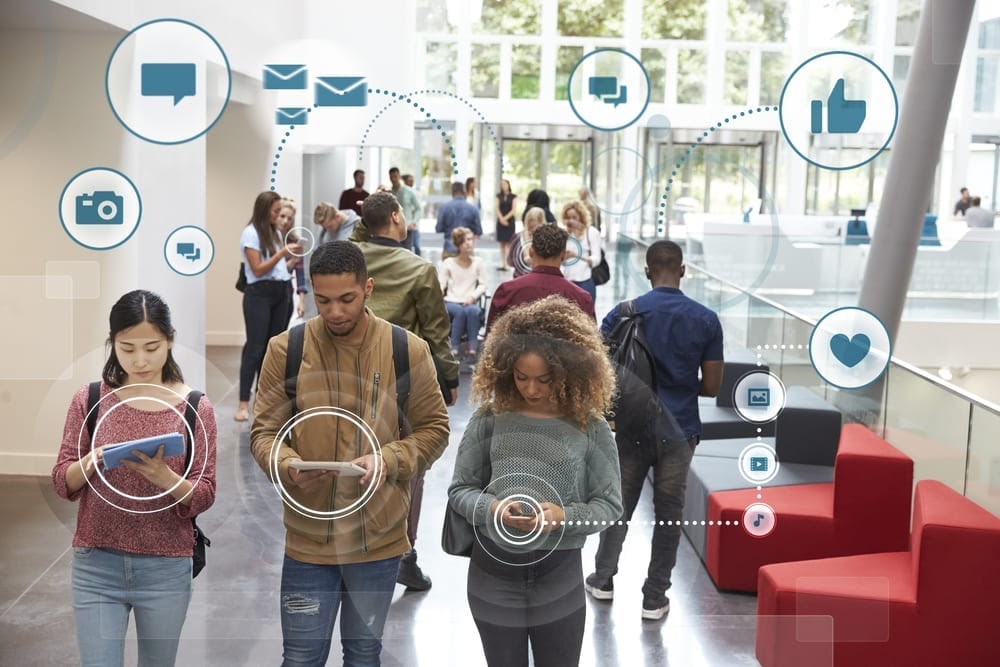 The way that the web has been monetized to such an extent where advertisements on social media sites can be customized to fit the individual person’s preferences and likes/dislikes is a very good example of brands using consumer intelligence to deliberately market to customers overtly, and without too much pressure. It’s been used as a digital cudgel for banner ads and online promos, but there’d be no proper way of getting millennial’s attention if they hadn’t used this carefully sought-after data to curate content directly online; this also goes for certain video-sharing sites like Youtube, which can offer entire albums of videos (with accompanying custom advertising) that personalize the entire experience. Whether these ads are effective at increasing sales is less certain, though the secondary goals of ingraining the brand into the brains of young adults all across the country is without a doubt successful for the most part.

Look to your left, look to your right, look behind you, and now look in your own hands. Chances are, you and everyone else uses a smartphone, laptop, smart pad, and/or smart watch, regardless of age. Tech savvy-ness is no longer a young vs old issue, and recognizing this truth may help you come to terms with how, despite the differences in generations, it’s becoming more and more difficult to isolate unique trends that separate Gen Ys from any other age bracket - something particularly difficult with Gen Zs and their somewhat identical preference for social media use.

Unless you belong to what’s been dubbed the “Greatest Generation”, a group of 65+ and older age group that preceded the “Baby Boomer” age demographic, almost everyone has a significant digital footprint that can be taken advantage of if you know what you’re looking for. Doing so may actually force you to put the laptop and phone down, and start asking some questions to real people. Part of the reason why brands, studios, and agencies still run focus groups, is because it allows them to get genuine reactions and opinions from real human beings, and even those settings can reveal subtle differences in preferences for: 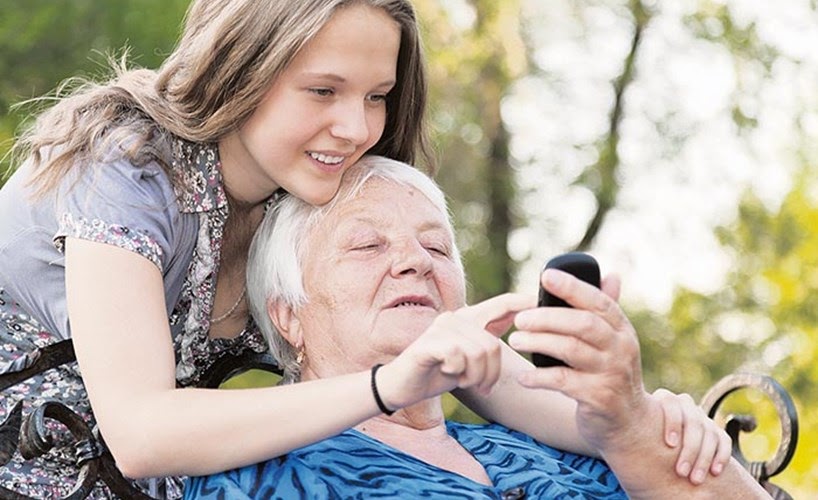 Short of engaging consumers directly, companies can research the role that their brand’s products or services play in the lives of their loyal fan base via the previously mentioned process of social media post research. Find the spike in conversation mentions for the age group of Millennials mentioned in this group, and comb through the findings. You can separate the wheat from the chaff through profile images and tone of voice. For example, if you comb through the Twitter feed of someone like President-elect Joe Biden or Senator Lindsey Graham, you’ll find that their direct dialogue to their followers is much more uniform and less conversational, vs someone like comedian Patton Oswalt, or Kanye West. 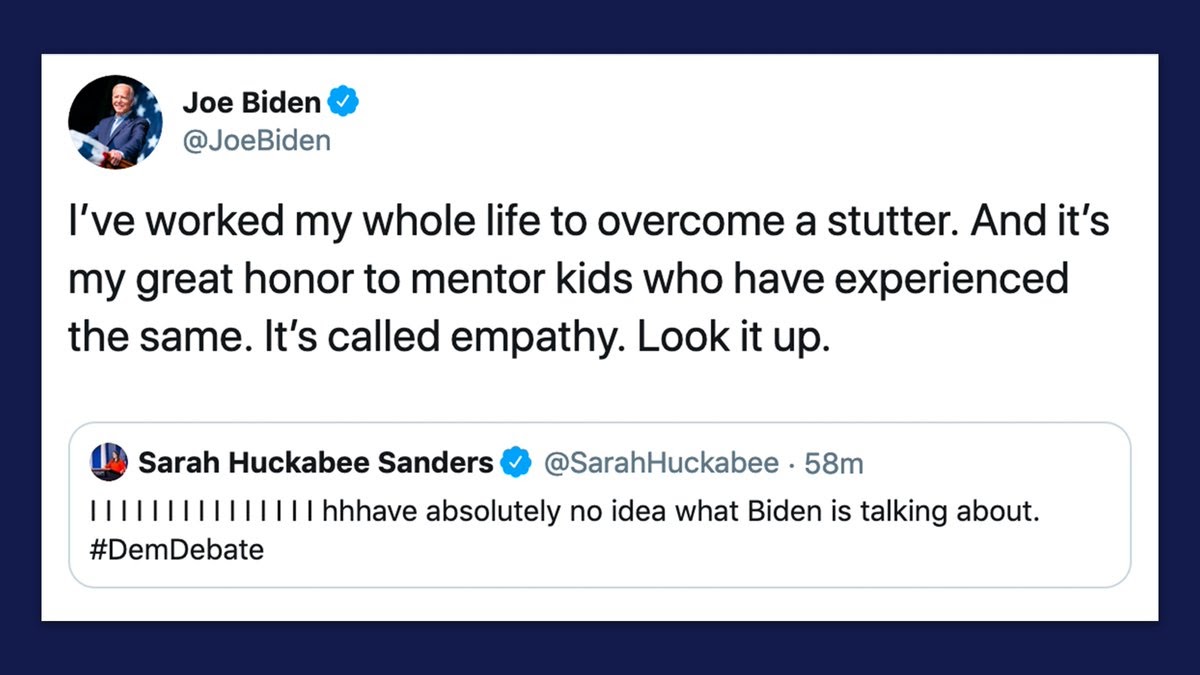 Is not the same thing as this…

So yes, while the discrepancies between generations are becoming harder to differentiate when involved in a nose-to-the-ground consumer intelligence effort, when using your best judgement you can find the subtle nuances that help simplify your data retrieval for a useful market audience profiling.

Here’s another fun fact for you: I, the author of this piece, am a Millennial. I’m not ashamed to admit it (but keep your age-related questions to yourself, it’s how old you feel that makes the man, not the number). I’m part of an interesting generation of contrasts. Us Gen Ys are saddled with student debt and lack of meaningful job opportunities - especially for post grads - and yet we’re the ones identified with the most spending behavior and disposable income to be perfect for brands. We’re incredibly self-centered (apparently) and less open to human socialization and close-knit bonds, and yet we’re the most vocal on social media and on the city streets when it comes to change and making the world a better place. None of these facts, as we’ve covered previously, are uniform throughout however, but they’re prevalent enough that when it comes time to figure out how best to engage with us young adults, that you definitely need to do your homework through competent use of consumer intelligence research - otherwise you’re just going to find yourselves out of style, regardless of the hype you hope to harness.