How Digimind Influenced SMW: A Recap Through Tweets

According to the numbers, Digimind was the top influencer throughout Social Media Week. Here's a break down of what that means:

From live-tweeting sessions to posting daily reviews on our blog to throwing our own rooftop networking party, Digimind was all over Social Media Week—to analyze how influential our activity was, we used our own product, Digimind Social, to take a look at the numbers. 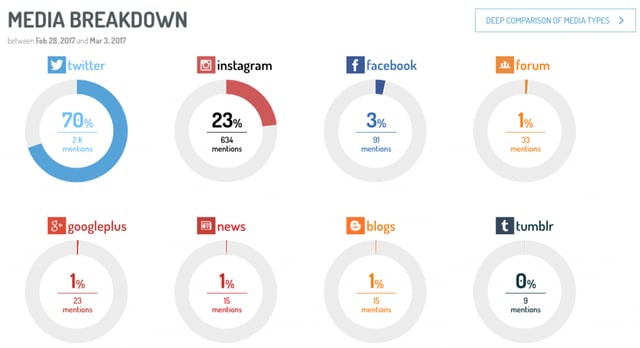 As you can see, most SMW chatter took place on Twitter. This shouldn't come as a shock. In a sense, Twitter is to social media as Google is to the internet—it's the go-to platform when considering the medium. 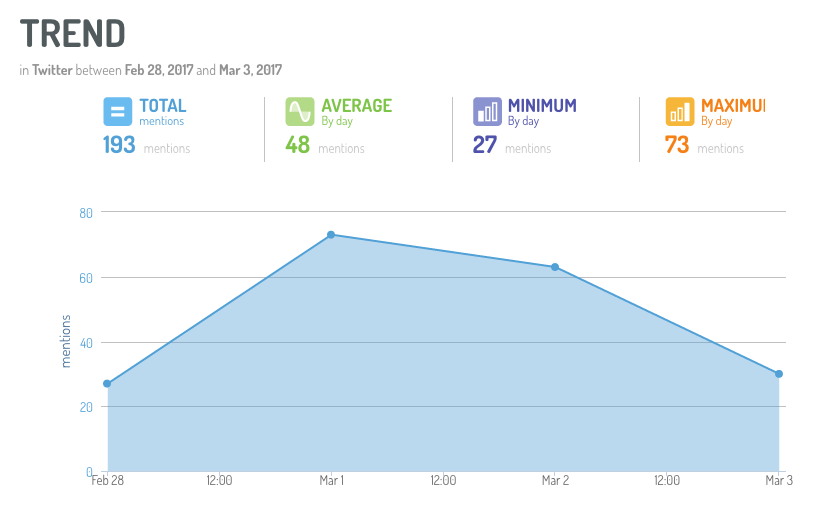 Sensing this trend, we expended much of our energy on Twitter, with 193 total mentions for the week, peaking the same night we hosted Socialize NYC.

Why should a brand care about being a top influencer? 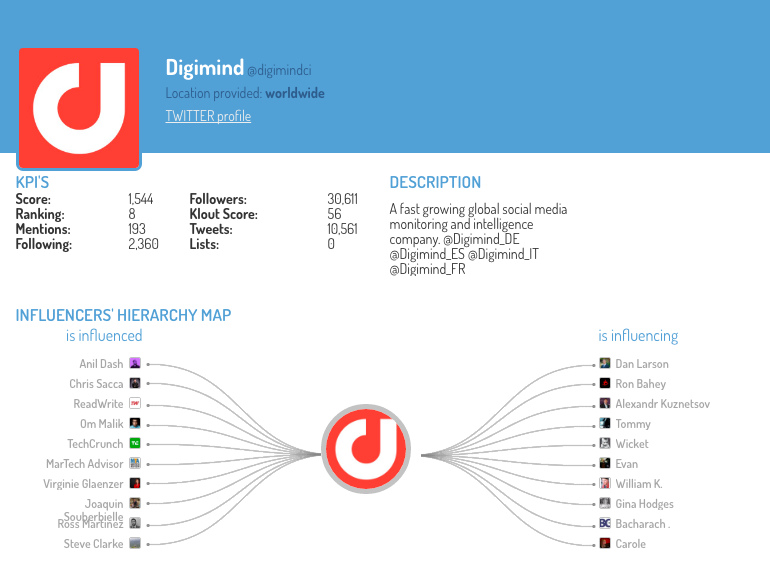 As a brand develops its presence on social media, it positions itself within an ecosystem of other influencers, which Digimind Social tracks as a "hierarchy map"—a break down of both who a brand is influenced by, and who that same brand has an influence on.

Within this network of influencers, a brand can benefit from having the top voice in a few different ways.

Usually, once a brand becomes a top influencer, what happens first is they're considered an established and credible voice within their field or industry. Ideally, what comes next is the actual "influence"—lifts in engagement, sales, and sentiment, especially among consumers who wouldn't have otherwise come in contact with the brand.

Take a look below at a few examples of how Digimind went about pushing that lift on Twitter, as we recap the conference through some of the tweets we posted that week:

Our #Socialize event happens tomorrow! We have the whole rooftop of @WeWorkNY, just a 4 minute walk from #SMWNYC! https://t.co/rVooLzN7O9 pic.twitter.com/kjhEXYscAw

What's a "unicorn"? @SheaMoisture gives us the low down in their presentation right now! #SMWNYC

So excited for @Refinery29's presentation on storytelling! #SMWNYC pic.twitter.com/32zcTP3tFI

We can't wait to see you at our #Socialize event tonight! Just 4 minutes from #SMWNYC. pic.twitter.com/DbpEfCJeNV

"Platforms are constantly changing. Paying attention and being flexible will get your brand far." - @voxmediainc @TheVerge #SMWNYC

"We're no longer just making a TV show. #Socialmedia has made it so much more than that." - @ComedyCentral #SMWNYC

We literally cried when we saw @comedycentral was having their writers give a talk at #SMWNYC.

Let's recap! Our recap of yesterday's events are up and running. It was so fun, we just want to relive it: https://t.co/M8HGwYrh1n. pic.twitter.com/gJCrUiigkB

Once again, @BuzzFeed brings us full circle on how fast paced #socialmedia is. It's live and it's now. #SMWNYC

Are you ready to hear the winner of the Sony SmartWatch 3? #SMWNYC pic.twitter.com/xHpDAAGwMG

Heading into our last event of #SMWNYC We're ready for you @JonathanTaplin!

That's it for this week guys. We'll return you to our regularly scheduled content but thank you for following along this #SMWNYC!

For a brand to become a credible influencer, all it takes is the right event and the right content to boost engagement. Once that tide rises, all other KPI's should as well. For more on Social Media Week from Digimind's point of view, be sure to check out our daily recaps of the best presentations of each day!