Social media users often post on the latest trends they've seen or encountered online since it makes them feel good to share their thoughts on a product or service or just their perspective in general. Regarding brands, connecting with the right community is equivalent to letting them handle your marketing efforts, with each promotion adding to the overall reach of your brand's campaign.

Through the collection of online data with the help of tools like Digimind Historical Search, we were able to adapt the necessary charts and explanations to deliver you the information regarding the “Top Consumer Brands in the UK in 2022” in the clearest way possible.

Consumer brands like Tiktok, Netflix, and Spotify had a  peak in mentions during the first two quarters of this year in the UK, due to many events that have impacted the brands whether in a positive and negative way.

Entertainment brands are thriving in the UK

Towards the end of Q1, most of the brands were in the entertainment industry. After the pandemic, people have been trying to find refuge in shows, music and other various types of content; which explains the increase in mentions and trends of some global brands.

Spotify led the way in online mentions for the early stages of Q1, mostly due to additional functions  such as Call-to-Action Cards that were designed for podcast listeners, which attracted new customers and brought the current ones more satisfaction with the service, and led to conversation spikes.

New developments and innovations from brands are always a good way to captivate consumers, but there are some factors to be considered to avoid problems.

Concerning that last statement, Samsung provides the perfect example of how things could go wrong. At the start of Q1, in January 2022 right after the holidays,  Samsung decided to release a new galaxy phone, which was an exciting reveal for some, but turned out not to be the best idea. As a matter of fact,  consumer spendings declined in that period, as customers aren’t too willing to spend lots of money on a new phone right after the holiday shopping season. This resulted in losses for Samsung, and a decrease in mentions during that interval.

To add, another popular brand that gathered lots of mentions during this period is Netflix, however not resulting from good reviews, but from a raise in prices on all its plan tiers. This led to a major increase in subscription cancellations followed by a loss of 200,000 subscribers. Even with this huge decrease in customer satisfaction, by the end of Q2, Netflix UK was able to come back on its feet with the release of lots of new and popular movies and tv series such as Stranger things, which had its Season 4 be Netflix's second title ever to gather up over one billion hours viewed.

Through Q3 of 2022, TikTok experienced some decrease in mentions in the UK, and this is understandable because of an event that bruised the company reputation in the country. An investigation by Britain occurred during this quarter that concluded that TikTok could have processed data of children under the age of 13 without appropriate parental consent and failed to provide proper information to its users in a transparent way. This means that the company could be fined 27 million pounds ($28.91 million) because of the potential breach of UK's data protection law by failing to safeguard the privacy of children using the platform.

When it comes to popular retail brands, no other brands apart from Asda&Tesco have seen such highs and lows in Q1 and Q2.

Asda introduced a new and unexpected idea, which consists on the removal of the "use by" and "best before" label on 250 of their products, including dairy, fruits & vegetables. This new development encourages the customers to reduce waste and even save money; it is therefore seen as a very sustainably dedicated move, which was very appreciated by society thus explaining the boost in popularity of the brand.

However, Tesco did not receive the same praise as Asda, especially in Q1, because not only did they apply changes to their overnight roles by adapting them during daytime, but they put 1600 of their employees' jobs at risk. Even during that struggle, the brand did not want to be seen as careless, and so after trying to secure jobs for the employees at risk, they started to implement new changes and more involvement towards their current employees. By Q2, they were already investing more in new pay deals, more benefits and trainings to help with their employees personal development and skills.

By the end of Q3, following the queen's passing, Asda and Tesco along with some of the largest stores in the UK such as Lidl and Aldi took the initiative to close their stores on the day of the funeral for the Queen. Additionally, Tesco canceled all online orders for the funeral day. This series of events reflects the decline in mentions since  they were not as present online during that period.

Other industries that continue to thrive in 2022

To add to the previously discussed industries, there are few others that have also experienced peaks during Q1 and Q2 of this year.

The British Telecom (BT) encountered a spike in mentions in Q1 2022, however it resulted from a series of negative events that made the people in the UK reflect on that online. An increase of monthly prices of around 10% by the end of that quarter, and the inflation rate that had reached 5.4% in January, led workers from the company to get involved in strikes throughout the summer.

In fact, the situation did not get better throughout both Q2 and Q3, meaning that the strikes were still on going, and BT Group employees launched more initiatives due to the salary conflict.

As for the consumer goods industry, Nintendo has had the most obvious boost in popularity starting from February until June of this year. The main reason for that was the announcements in relation to "The Nintendo Direct" a series of live events or online presentations hosted by Nintendo where information about the company's upcoming games and consoles is displayed.

The first one happened in February 2022, which made customers excited for whats to come, which led to the second one, a major showcase in June that spiked consumer's interest and satisfaction.

However, Nintendo also encountered a setback towards the end of Q3, that was mainly due to the company not streaming its upcoming major news conference (Nintendo Direct) on September 13th because of the respect it has for Queen Elizabeth II, whose dying the week before marked the end of the longest reign in British history.

Coca-Cola, known to be one of the most popular global brands, has experienced a reputational crisis during the first quarter of 2022, because of the lack of dedication to sustainable matters. They play a huge role in polluting the planet due to the selling around 100 billion plastic bottles per year, and so were pointed out by environmental organizations, who revealed that the company's goals to change were not as realistic or truthful enough. This led to huge losses for Coca-Cola, in terms of customers, stocks and good reputation, that pushed the latter to express their opinions about the brand online, which explains the huge peak in mentions.

Another event that led to a decline in Coca-Cola’s endorsement in the UK throughout Q3 was the case of the unavailability of glass, which was mostly caused by the conflict in Ukraine as well as general difficulties in all supply chains worldwide; in fact, the supply issues started in the summer and are still being treated step by step by the company.

Social listening tools, like Digimind Social, can provide your marketing and digital strategy teams an edge above other competitors by continually monitoring consumer conversations on social media in the new normal, keeping a close eye on future trends, opportunities, and hot spots for innovation. 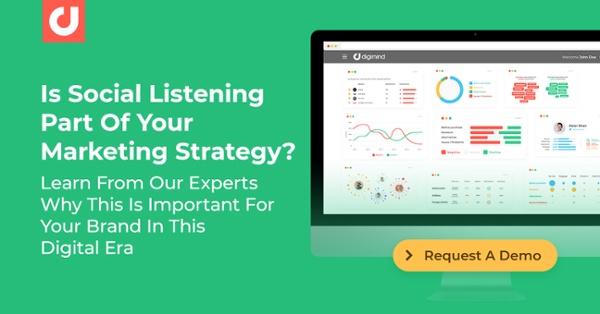