The social impact on your favorite TV Shows

Where black & white covered the screen, and producers were indifferent to what their viewers thought about TV shows, television has evolved over the past 90 years.

Now, audience is everything.

For The Walking Dead lovers, Daryl is a well known fan favorite and a staple within the television series. But did you know that he was completely made up? In fact, it was speculated that he wasn’t even supposed to last longer than the first season. But what kept him around?

Fans loved him so much, that the writers had no choice but to keep him alive. The comic book that the series is based off of, didn’t even write-in Daryl in the first place. That is, until now. He had such an endearing fanbase, that the TV series influenced the comic book to write in Daryl for the first time, seasons later.

What was the reason for these changes that made a TV show re-write its script or a comic book series update their characters?

The answer lies within the millennial revolution. Social Media.

Only social media has that big of an impact--large enough to change entire storylines. Unlike the past where social media was absent, today TV show producers can get first-hand data from millions of viewers to enhance viewership, through new plot twists, character changes, or other show elements that fans discuss via Twitter, Facebook, and other channels.

It’s hard to believe that after so many years of television, TV series' are now listening to the conversations across social media to help write a show’s screenplay. A fan favorite, Breaking Bad, never actually had a pre-written script or book to base the series off of. Writers would write the script episode to episode, and it was clear that their decisions were heavily influenced by the reactions on social media, easily accessible at their fingertips. 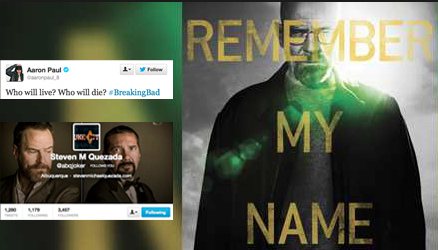 Do you see one of your favorite TV shows on here?

This chart is formulated on the type of comments that are negative and positive pertaining to the TV series.

Or how about this? See where each TV show is most talked about. 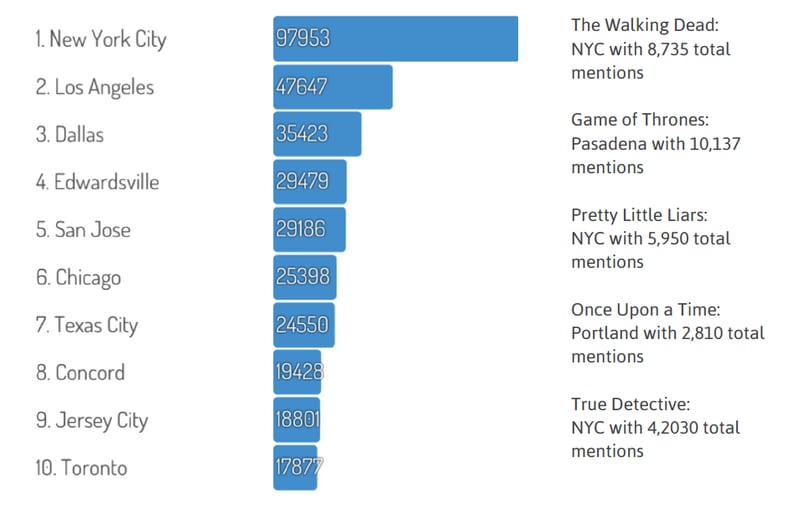 Top 20 Consumer Brands in the UK during Q1 and Q2 2022
The 'Reels' Dilemma: Is Instagram Becoming Too TikTok?
50 Consumer Brands in APAC Winning Online Buzz in Q3 2021
5 Ways to Appeal to the Gen Z Market in Asia Pacific
Consumer Trends in 2021 Driving Growth in Asia
Previous page
Next page