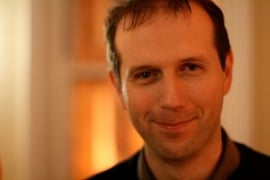 Following his well-received presentation at the European Intersectoral Summit on Research and Innovation last month entitled 'Engaging Citizens in Research and Innovation: Opportunities and Challenges afforded by Social Media', we caught up with John Breslin, Lecturer in the School of Engineering and Informatics at the National University of Ireland Galway and leader of the Unit for Social Software at DERI, the world’s premier Semantic Web research institute.

1) Can you start by telling us about your background and where your interest in social media comes from?

My background in social media started in 1998 when I set up a discussion forum to talk about a multiplayer computer game called Quake. This evolved into boards.ie, a company I co-founded with some fellow computer gamers in 2000, which is now Ireland's largest general discussion forum and is part of Distilled Media.

Social media was pretty much just a hobby interest for me up until boards.ie became a major service, and also my connection grew through social software and social media becoming one of my main research areas when I joined DERI, a large Semantic Web research institute based in NUI Galway, Ireland. I also chaired the premier social media research conference, ICWSM, in Dublin last year.

2) You recently spoke at The European Inter-sectoral Summit on Research & Innovation 2013, on the importance of using social media to promote research and innovation to a wider audience. How has social media opened up opportunities to scientific researchers?

Social media is providing new opportunities for researchers to disseminate their research, but also for them to become aware of peers' research, and to find interdisciplinary topics (through status updates from people in other disciplines) so as to explore possibilities for cross-domain collaboration. It doesn't have to be just a paper that a researcher shares through social media - it could be a research presentation, an explanatory video, or a blog post about one's work.

An interesting emerging topic in this space is something called Altmetrics which looks at how researchers are being "cited" and referred to through social media rather than through traditional paper references and citations. In fact, these are related, because if someone retweets your post about a slideset that in turn is a presentation you have given about an academic paper, that person or someone else who sees the retweet from that person may well cite your paper in their own academic work.

3) What advice would you give to those in the research community who are looking to reap the benefits of social media and engage with a wider audience?

For finding things, I would use a tool like TweetDeck or StreamGlider [I'm also a co-founder] to set up searches for keywords of interest, so you can keep abreast of both research and industry news on your research topics. I have a Twitter search set up for my research areas, e.g. "semantic web" OR "sem web" OR semanticweb OR semweb, and from that I can have a fair idea of what is going on in this space. It's easier to keep track of a topic-specific search rather than dipping in and out of the streams of content coming from social sites. Also, join relevant groups on LinkedIn for your topic of interest, as again they are another great source of information from various perspectives, but also a place to talk about your own research.

But for engaging, there is a challenge to get noticed. Huberman, director of HP Social Labs, says that almost anything except attention can be manufactured as a commodity.  So to get attention in the first place, the researcher has to think carefully about how they should phrase their message and who would they most like to get the attention of. Rather than regurgitating the title of an academic paper in a status update, how about phrasing a question that will draw (balanced) commentary if possible? Also, can you find some hubs or connectors in your topic who would be interested in sharing your message with their contacts? If it's a blog post about your research, make sure to mention the leaders in this space (as you would do in an academic paper), and tell them about it via @mentions or even email when sending out your messages.

Timing of your message is also important. Just like any social media marketing, choosing the optimal time is key. I haven't seen any studies to look at the best times to send out scientific research updates, but in general mid week after mid day is the best time for getting clicks. If you're in the middle of meetings, you can use a scheduling tool like HootSuite to send it out at a pre-ordained time.

4) Many researchers are starting to use social media to surface important insights, to crowd source information and to analyse data. What do you think are the challenges presented by this new form of information retrieval and analysis?

There are some obvious challenges. The first is that most researchers tend to use data from Twitter, as they can't get data from Facebook where there are more people. This is mainly because the Twitter API is more open, allowing you to access updates and networks for most users with public profiles, whereas on Facebook you only have access to your direct friends' data via the API. The second issue is that it has recently been posited by Pew Research that Twitter is not as representative as previously thought, with opinion on Twitter sometimes differing from general public opinion, so some assumptions may be slightly off with respect to political analysis or policy opinions.

Having said that, for getting answers, social media is definitely an extremely valuable and rapid source of information. There's no better way to crowd source a research idea, or to get insights into a problem you are having. For analysing data, again, being able to quickly draw on a swathe of people who can assist with a task is really useful for a researcher.

5) Can you give an example of who you think is using social media effectively to promote research and innovation?

If I was to pick out a few, I'd think of: MIT Technology Review, who do a great job covering emerging topics and whose social media stream is a combination of stories, staff updates and community-directed messages; William Gunn, head of academic outreach at Mendeley (@mrgunn on Twitter); Zeynep Tufekci (@techsoc), covering social science and technology; the Irish Ben Goldacre, my colleague Brian Hughes, who writes "The Science Bit", a blog that debunks pseudoscience with actual science.

John Breslin is a Lecturer in the School of Engineering and Informatics at the National University of Ireland Galway. He is also leader of the Unit for Social Software at DERI, the world’s premier Semantic Web research institute. John is best known for being a co-founder and director of boards.ie Ltd., Ireland’s largest discussion website. John has won two IIA Net Visionary awards for his work on boards.ie and spin-off classified ads site adverts.ie. More recently, John co-founded US company StreamGlider Inc. with web entrepreneurs Nova Spivack and Bill McDaniel, a real-time streaming newsreader that can be private-labeled for content publishers on tablets. He also set up Technology Voice, a web publisher that covers emerging technologies in long-form articles. Dr. Breslin is an advisor to CrowdGather Inc., a forum network based in LA, and Dot-Irish LLC, an applicant for the .irish top-level domain.