Over the last few years, new trends have emerged that have had an enormous influence on how marketing organizations collaborate, communicate, innovate and evolve. As digital marketers, we live in a fast-paced world where the rules and strategies change on a daily basis. With this in mind and given that 2018 in finally here, Digimind reached out to a host of marketing professionals and MarTech technology providers to understand what they anticipate. These are the most prevalent trends you should plan for and be expected to see in marketing this coming year: 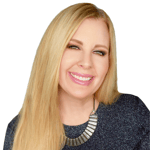 "Celebrities are great, but never underestimate the power of the micro-influencer. Micro-influencers who have smaller but highly engaged followings, are becoming more valued and developing long-term relationships with brands to authentically reach customers."

As organizations shift to an influencer strategy prioritizing quality over quantity, brands need to be able to anticipate the impact an influencer will have before downsizing their project. In order to do so, brands need to invest in a tool that will help them remain confident as they choose the right influencers and then measure the ROI once they work with the influencer. This can easily be tracked by the number of mentions an influencer posts about a brand, the interactions with their posts, and a correlating rise in community size. 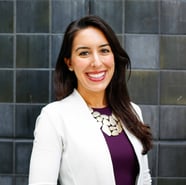 "Live stream video was a breakout star in 2017. Moving into 2018, I think we'll see more widespread user adoption of live stream techniques as well as more interactive methods of live streaming. Rather than seeing just a blank point of view from one side of the camera, fans on brand channels and everyday users will find ways to encourage more interactivity- whether it's through Q&As, polls, or a bothie."

As video continues to dominate social media, research has found that live streaming encourages more engagement from the audience; a report by Social Media Today found that users will watch a live video for an average of three times the length that they would a similar prerecorded video. Experts theorize that the thrill of interacting in real-time with a celebrity, brand, or friend is what drives the increased engagement rates that marketers see when they host live sessions.

Personalization of Digital Advertising Through Data

"As consumers become aware of their value- and overwhelmed with digital advertising- ads will become more immersive, their editorial element more relevant, and we will look for further data points to expand targeting."

First-party data ownership is the new crown jewel — and key to why the ISPs pose such a threat to Google and Facebook. Ad tech’s response to being shut out by the walled gardens, in part, is to create its own identity consortium. The Advertising ID Consortium is a group of nearly 20 ad tech firms that lets brands target audiences using their email lists. The emails get matched to what the group calls the Open Ad ID. Publishers are pursuing similar models to pool their data resources to provide targeted advertising opportunities at greater scale than they can on their own. In tandem with ad personalization, new interactive ad formats will aim to break through the noise and increase user engagement.

Build Strategy
PREVIOUS POST
How Adolescents Use Social Media
NEXT POST
Beyond the Best and Worst Super Bowl Ads: Understanding the True Drivers of Advertisers’ Success and Failure