Social Media Week New York took place over 22- 26 February, attended by key players in the world of social, and we were there to have our say. If you haven’t had a chance to catch the last post on our Social Listening Masterclass session recap, you can tune in here.

Over the week, we paced the New York Times Centre and SVA Theatre to get you the SMW low down from some of our fellow social media advocates on what Social Media trends are set to hit social or increase their presence over the coming year and they didn’t disappoint!

Here’s a quick rundown on the top social media trends to watch for 2016;

Content Strategist, Noah Levinson from Big Spaceship, introduced the concept of emerging messaging apps with combined features, such as Peach.
It is clear to see the current decline in SMS usage and the distinct rise is social messaging platforms - users have simple interfaces at their fingertips to share different media and content with peers.

Despite it being widely used, direct social messaging is something businesses have not yet heavily tapped into. The crucial focus point will be about the launch and way the first consumers engage with the platforms themselves that will shape the way they are used from a business point of view, as it offers a direct consumer-to-business on-demand communication. Furthermore, they offer a wide audience base with Activate Inc. research estimating a further 11 billion new users by 2018 on growing messaging apps on top of the 25 billion current 2015 users - it really is a case of watch this space. 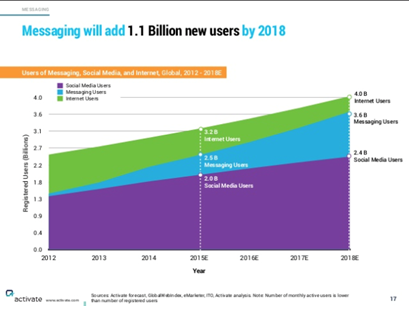 Sally Slator, Author at Wattpad talks about businesses using online storytelling platforms to tell their brand rather than show it.
Stories are embedded in everything we do, they’re how we learn, how we express events, and how we understand the world around us, but it means nothing if you can’t tell it or connect to your audience.
Combining visual with content is crucial to keep your brand in tune with its audience and vice-versa. It is more time consuming than the average newsletter, or content post, but with that comes longevity which equals a deeper engagement. If you keep the story concept the same, but change the characters or the target, then the content will be fluid, synchronized, but hit different touch points with the consumer.
NIKE have been using the ‘overcoming the monster’ plot since the brand’s foundation; one great example of the way they connected with social media was through their series of vines in 2015 (check them out here). It allowed them to connect to their target audience, and show them the power of a new line of shoes by getting ahead of the game whilst making you laugh at the same time - what a winning strategy.
Curve suggest four key factors to consider to make your visual powerful and we think they’re a pretty good starting point. Make something Authentic (no copy and paste - it just doesn’t work and it won’t be your story), think about your strategy and it’s relevancy to your audience's culture, engage with sensory and human touch points,  and finally stick to the classic storytelling archetypes. 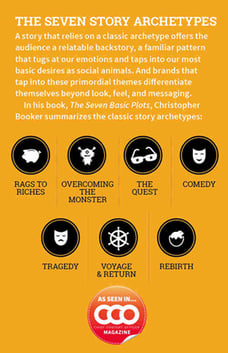 Jacqueline Flareau, Senior Social Media Account Analyst at Driven Local, also spoke of visual content whilst focusing a little more on the concept of 360 video.
It will be interesting to watch how businesses will start to engage more with visual in every aspect of their marketing strategy as video continues to change the way we connect. 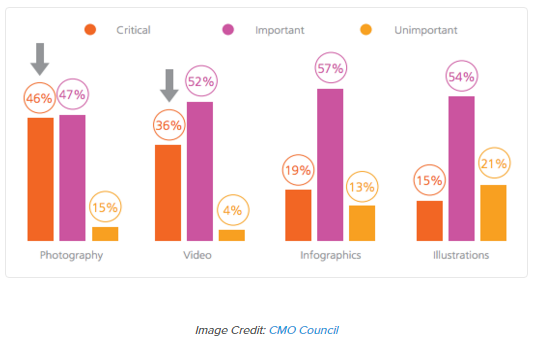 With Youtube racking up higher levels of usage, as the third most popular search engine online according to Forbes, it’s clear that video has become a huge part of our online social behaviour. Growth in vlogging also highlights this behavioural change and is showing us a new way to blog, whilst placing products within the hands of top bloggers, can give you a crucial yet discreet gateway to your consumers.

Product videos on company landing pages remain an incredibly effective way to get people to really see a product in action, take ASOS for example. Videos of their clothes on the runway, allow you to see the overall shape and movement that you simply can’t get from a 2D photo. But, a new wave of Gifs have also paved the way to visually engage online, allowing you to show emotion, through a short clip, motion or image in a few seconds- keep an eye out for the brands begining to really utilize this tool over the coming year.

Big Spaceship’s SVP of Social, Victor Pineiro changed tack with his 2016 social media trend to look out for, talking about what he calls the “Hotel California” effect, where being constantly connected to your social media platforms is imperative if you want to stay in the loop.
Facebook sets a sterling example in this development. Creating quick-to-load inbound articles and keeping everything on-site means user don't leave the platform in order to read content. For others, this has been part of the platforms culture since its beginning. Take instagram, for example, once you’re in you can only share outbound, but there is no inbound. This is not yet the case for Twitter, but keep an eye on the way it’s users are engaging with the platform to get an idea on social media behaviours as other platforms begin to change the way they keep us online and in their platform for longer.

Craig Williams, Group Research Analyst at Seprod Limited, told us that we still need to keep a beady eye on Snapchat as the pulse craze is far from over, with big movements still happening in the Caribbean. Yes we know Snapchat is already huge in the US, UK and across central Europe, but the spread is still far from over. The platform has continued to develop its app over the past year, with features, such as chat, face recognition, and Discover - getting publisher’s on board with Snapchat specific newsrooms. 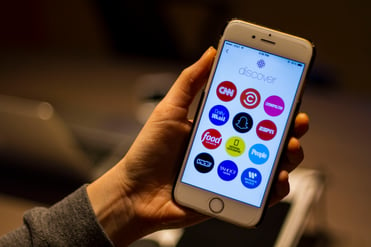 They have also increased their flexibility with Ads and sponsored filters which offers companies another platform in which to plug their brand. With updates as regular as this, we’ve got no doubt Snapchat will continue to grow and engage us in the world of visualized content, and who knows what it might be used for next - customer service and feedback? With 6 million video views a day, just trailing behind Facebook’s 8 million, we think it’s best you keep an eye on this one.

Another fellow, Big Spaceship-er and Senior Community Strategist, Lauren Wannermeyer, speaks of brands tapping into their noisy niche subcultures and really honing in on these audiences for big content moments.
As much as large scale events such as Super Bowl, with an average viewing of over 100 million, can reign in a big audience, it might not always cut it anymore.
With algorithms setup to monitor exactly what we do and don’t like, and therefore refining what we see on our news feeds from the pop-up ads to posts from the pages we follow, businesses can tap into the key interests of their more condensed subcultures. The loyalty and trust within these subcultures is therefore much stronger and new products are more likely to be easily introduced. However, the need to pay extra close attention to the underlying aspects of these subcultures is crucial to getting it right. To make it work you need to know your brand, consumers and influencers inside out, so if you can get it right you’re onto a winning streak and heading where mass-marketing hasn’t dared to step.

Last but by no means least, Chris Barrows, Social Media Strategist, talks about the importance of Audio and podcasting both in addition to Video, but also as a lone feature in social due to its easy implementation and consumption.
Although the take up on livestreaming, according to GWI data thus far has been a little slow, with 1.5% using Meerkat and 2% using Periscope globally compared to the surrounding hype, it’s not hard to see that data advancements and money need to be the driving factor for its development. However, the potential is clearly visible and is initially set to take off in 2016 with a bang, with more people tapping into video than ever before. 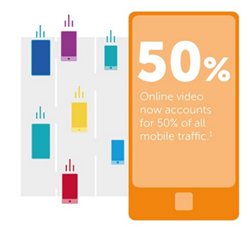 Alongside video, audio blogging has also been given a revamp in the form of the app ‘Anchor’  - deemed by the observer as the audio look-alike to twitter, where contributors can communicate directly with audio and share insights with voice - it could be both a useful tool for interviews and giving consumers company insights. 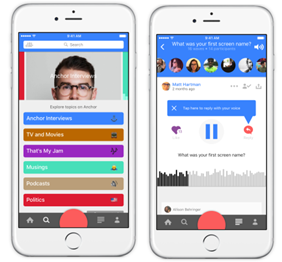 Remember to stay tuned in.

Interested in knowing more about social media monitoring? Get your demo with Digimind Social!